Ask a Magician, a series of blog posts answering your questions! – Issue VI

This one’s a little macabre, but here goes! Here’s the question that Col, most wants to know:

How often do magicians die while performing? Is it a big deal in the global magic community when it happens? 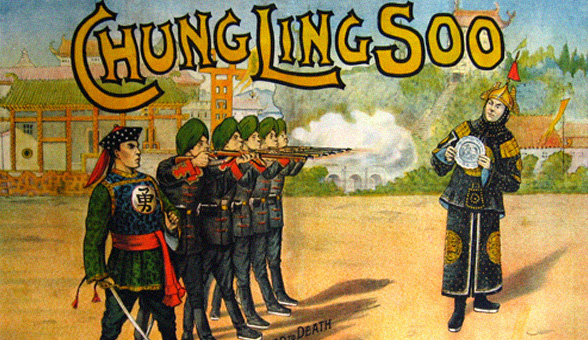 Good question. I don’t have an exact answer for this, but my guess is that when a magician dies during their performance, it’s a bigger deal globally if the magician is famous globally. I’m sure it would only create local news for a local magician, however, I’m sure their friends and colleagues around the world would be affected by the news. At least I would hope so!

I know that I have many magician friends around the world and we work together meeting online to help each other to improve.

The global vs local nature of the news would also be true if a magician is injured. You may have heard of the illusionists Siegfried & Roy (they were famous for their unique stage magic act with white tigers and lions). Unfortunately one of the tigers bit into Roy during one of the shows and this led to the show closing. You probably haven’t heard of the many magicians who have injured themselves performing a magic routine where a spike is covered by a paper cup or paper bag, and the magicians aims to smash all the cups / bags that don’t contain the spike. I don’t do this trick because I’ve seen too many videos where the magic has gone wrong!

One trick that does often gets quite a bit of publicity, even when it’s just set to be performed is the bullet catch (where the magician tries to catch a fired bullet in their mouth). There are, of course, ways to perform the trick but guns and ammunition are always dangerous. For your interest here’s a video of Theodore Annemann performing the trick:

It’s said that that at least 12 magicians have died performing it. One magician apparently had a safe method but died simply because a stagehand used the wrong gun. So I’ll repeat it again, even if you’re a magician don’t try this.

The most famous magician to die on stage during the bullet catch is probably Chung Ling Soo. He was an American magician, real name William Robinson, who led everyone to believe he was Chinese. On stage, after being shot he spoke for the first time publicly in English. His first and last words, were, “Oh my God. Something’s happened. Lower the curtain.”

← How often do you learn a new trick, and how many times do you practice it before it’s ready to incorporate into your act?What’s the biggest misconception people have about magicians? →